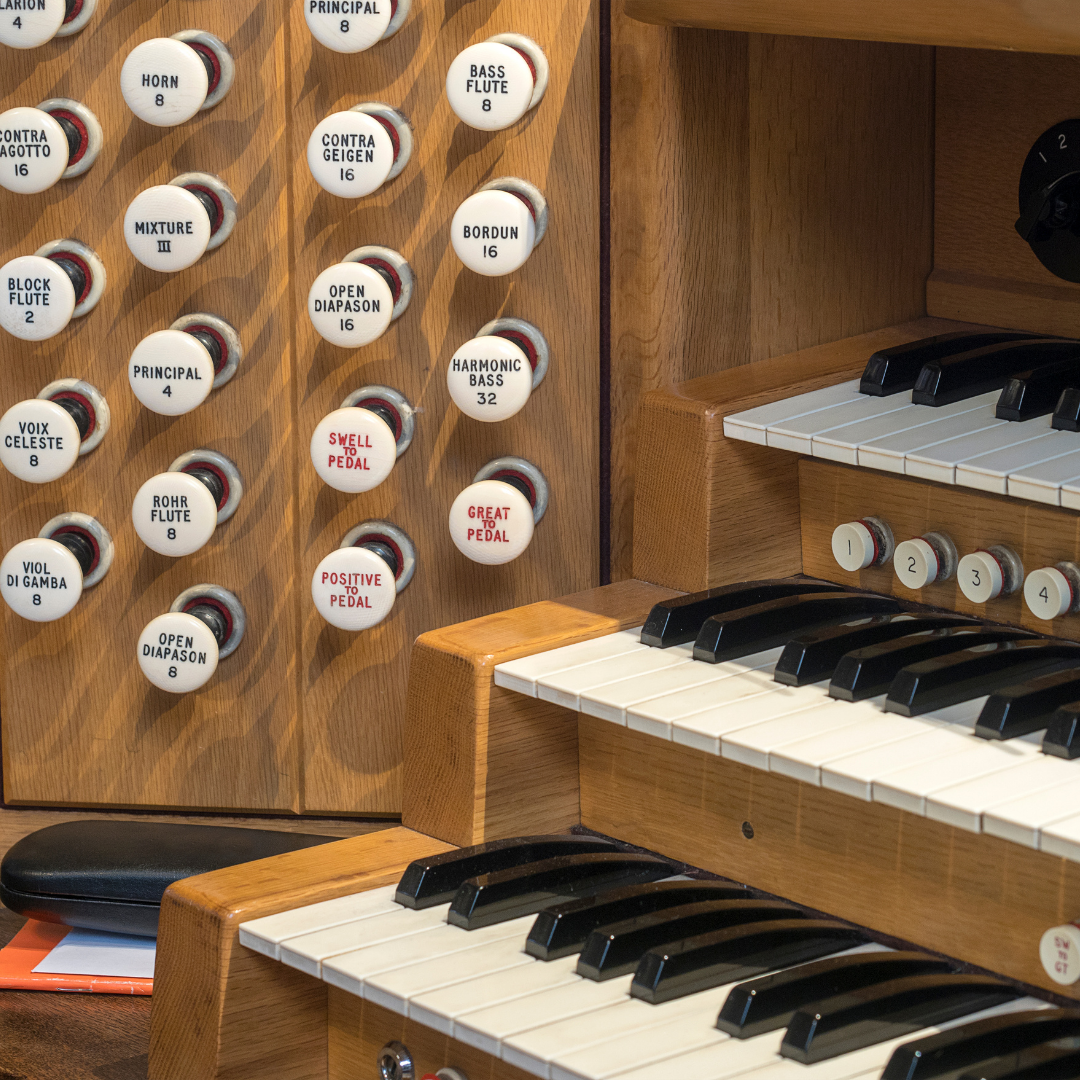 Whether we are attending a christening, wedding, funeral, or Sunday service in church we will more often than not still be able to hear the majestic tones of their pipe organ. Alternatively, we might happen to visit an old cinema or theatre building and see that they still have their original pipe organ installed. In cinemas, they were used to provide the soundtrack to silent movies back in the day. We might also have the opportunity to attend a concert of theatre organ music, where the tunes will extend beyond the hymn, often be played without the aid of sheet music, and incorporate sound effects that would never be a part of a church organist’s repertoire, even if their instrument was capable of them.

So, let us think about just what it is that makes the theatre organ different from the church organ.

The first thing to note is that the console of the theatre organ will be different from that of the church organ. The stops that are pulled in and out on the church organ, to change between the different instruments, will on a theatre organ be tabs that are pulled down for the organist to make their selection. It is all about choosing the instruments and lengths of pipes that blend well to create a pleasing and full sound. This can be achieved from experimenting in practice and from obtaining a book on suggested registrations.

It should be noted that consoles vary from having one, two, three, or four manuals. With theatre organs, there are commonly three manuals. From bottom to top, the accompaniment, the great, and the solo. The middle rank, the great, will play the main melody.

The Distance from the Pipes to the Organ

With a church organ, the pipes are near to and connected to the console of the organ. Whereas, with a theatre organ, they are housed away from the organ in separate rooms or chambers. It was a system devised by Robert Hope-Jones, the inventor of the Wurlitzer theatre organ, that made this possible. He invented a system of relay switches that, using the old telephone exchange technology, send a signal to the pipe to make the sound when the corresponding note is depressed on the console. The volume of the sounds from these pipes is controlled by the depression of a swell pedal. This opens and closes the shutters in the chamber room to let out the required amount of sound from the pipes.

Organ pipes can be made from wood or metal and be open or closed to control how their sound is released. With reed pipes, air pressure will be directed to a reed, or brass strip, that will vibrate to produce a specific pitch. The metals used to construct organ pipes will consist of tin and lead in various percentages. The selections will be made for both visual and tonal reasons. The longer the pipe the deeper the sound, too. This is the same with church organ or theatre organ pipes.

Unlike a church organ set up, inside the chambers built to house the pipes of a theatre organ there are actual percussion instruments in situ. This section is known as the toy counter. There will be a xylophone, glockenspiel, tambourine, triangle, drum, and cymbals. Even sleigh bells for a Christmas concert.

Special effects can also be created on a theatre organ that cannot be on a church organ. For example, those of a steam train, bells and whistles, thunder, a bird tweeting, and the hooves of horses.

A theatre organ is known for the addition of tremulants which give it a tremolo sound.  A tremolo is a unit that will add a vibrato effect to the organist’s playing. It will add much expression and tone to the organ. It can also be described as a quivering effect.

Only the theatre organ is capable of second-touch. This is another invention of Robert Hope-Jones. It means that notes can be set up to play a different instrument when depressed halfway as opposed to full distance. It effectively means that an entire tune can be played with one hand. This is why you can witness at the Blackpool Tower Ballroom, for example, theatre organists waving with one hand as the organ goes down on a lift, while they can continue to play the tune as they did before with the other. Another place that you can see a Wurlitzer theatre organ still playing is in Shrewsbury, England. At The Buttermarket in Howard Street, Shrewsbury, there is a rare example that has light-up sides. It was one of three of its kind that came over from America in 1936. 8 ranks of this organ can be accredited to Harold Ramsay, who was a famous organist at that time who designed the organ to his specifications. The console might be painted gold, as opposed to the console at Blackpool being painted white, but sound-wise, it is more than capable of now producing the “Blackpool Sound”, after two ranks of pipes and couplers were added whilst in its current location.

So, a few differences here between theatre organs and church organs. Both will produce an immense sound that represents that of a whole orchestra. Then, apart from the Mightly Wurlitzer theatre organ, there is also the Compton theatre organ and others. The Compton differs from the Wurlitzer in that its keys are made from solid ivory, whereas the Wurlitzer’s are wooden keys with ivory tops. Even theatre organs have their differences. Of course, today’s organ keys will be plastic and found on varieties of electronic organs, which are portable enough to be played at home.

Creating A Fanbase for Your Music Online

Choosing An Amp for Your First Live Show 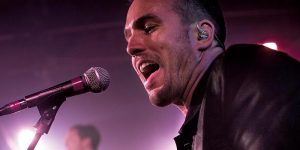 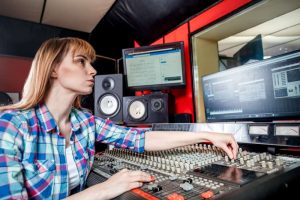 What Is A DAW, Anyway?

What Are the Basic to Most Complicated Art Techniques to Know?

How To Spot a High-Quality Camera Equipment?

How to Find Your Personal Drawing Style

How I Made It to The Top of Well-Known Graphic Designers?

How To Take Better Jewelry Pictures?

Graphic Designing: Its Value and Impact on The Society

5 Lenses to Consider for Food Photography

Why You Should Use a Tripod in Your Photography